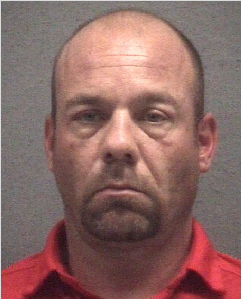 The Muskegon County Prosecutor’s Office has charged Chad Derry, of Grand Rapids with Aggravated Manufacturing of Child Sexually Abusive Activity, Being a Sexually Deviant individual and Using a Computer to Commit a Crime.  Information was received by the Muskegon County Justice for Women Taskforce, which was recently implemented in January 2020.  This Task Force is a collaboration of the Muskegon County Prosecutor’s Office, Norton Shores Police Department and Muskegon Police Department. Task Force Detectives were able to uncover information that Derry was utilizing social media to contact young girls and influence them to participate in child sexually abusive activity in both pictures and videos.   The Muskegon County Justice for Women Taskforce was assisted by the Michigan State Police Internet Crimes against Children taskforce and the Kent County Sheriff’s Department throughout this investigation.

Although law enforcement has been able to identify several victims, there are many more that have not been identified.  The Muskegon County Prosecutor’s Office is seeking the public’s help with identifying any additional victims, many of which appear to be from the West Michigan area.  Derry’s Instagram screen name was ‘kmarie13131312’.  If you believe your child has been in contact with this Instagram account, or if you have information regarding Chad Derry please contact Detective Kyle Neher at the Norton Shores Police Department at 231-733-2691.

Individuals charged with a crime are presumed innocent until proven guilty and any statements made regarding the investigation are allegations.


Press the play button to listen...

Celebrate our 19 years on air by downloading our app!

See images of Africa that you won't see on TV!

Do away with your stereotype image of Africa!

Cost Only $20 plus s/h, Save on Multiple orders

Your purchase is fully tax deductible, we are a 501(c)3 organization.

For more info about our services please visit www.1037thebeat.com

Links to our Friends